After its national qualification, Rescue24 received an international INSARAG award

On May 15th, a picturesque background of a hillside and a non-scenic-sight in the foreground welcomed the visitors of Baptist Rescue Team’s practice in Kovácsvágás. The 18 members of the special unit, including four US citizens from North Carolina and Texas, worked around a ruined house.

The activity was continued on Thursday and Friday in Hajdúszoboszló with HUNOR and HUSZÁR Rescue Teams.

– The main goal of the training was coherence. – László PAVELCZE, team leader and HBAid’s Emergency Management Director, summerized his comment after taking off his helmet during a short break. Mr Pavelcze’s next mission will be the 60th. He also mentioned that in this small village of 600 people, the team can practice without any extra financial costs. They didn’t have to destroy still houses as the local government already considered some buildings to be demolished. The training site will be cleaned by public workers after the rescue team leaves. Later, a disaster protection training base will be set up there.

– On Monday, we simulated an intervention and practiced cutting ceilings, searching and lifting of suspected wounded people. – continued the expert – On Tuesday, we continued with the demolition of a building. On Wednesday, HUNOR and HUSZÁR rescue team of National Directorate for Disaster Management will practice for the qualification in Hajdúság. Rescue24 will join HUNOR’s unit and participate in the air rescue and in rapid reaction actions.

The Baptist experts „played” as the local authorities in the suspected natural disaster-stricken country.

– In Kovácsvágás, we simulated a collapse of a building that in real life can be caused by an explosion or an earthquake. Everyone is quite tired now as we have been working since morning. In addition, besides performing professional tasks, we try to save building materials that can be used in the future by the local government.

Necessarily, the rescue team has more than 18 members, but the rescue officer considered that the practice required this number of staff. It would be another issue if living people are suspected in the damaged house: as a rescue of an injured person often needs 10 to 12 hours of hard work, more forces would be deployed. László PAVELCZE noted that in a real situation, rescuers don’t seem as tired as on a training, because they are pumped up with adrenaline.

– Which of the previous real action was similar to the simulation? It reminded me of the post-earthquake situation in Turkey, Pakistan or India for example. In Pakistan, collapsed buildings with walls built by naturally huge stones were very similar to the damaged house in Borsod. With this part of the operation, we have extended our national rating for another five years – closed Mr Pavelcze his evaluation. Rescue24 had already received the National Certificate of Deployment from the National Directorate for Disaster Management, as Ferenc TÓTH, National Civilian Chief Inspector, personally supervised the activity on site. Dávid GÁL HBAid’s Director of International Programs and Attila SZILÁGYI Director of Communications also participated the event.

On Thursday, the practice continued in Hajdúszoboszló, where the goal was the acquisition of the international INSARAG qualification. The team had to prove their preparedness in the presence of the evaluation teams and observers compiled by UN OCHA.

International Search and Rescue Advisory Group (INSARAG) is a global network of more than 80 countries and organizations under the United Nations umbrella. INSARAG deals with urban search and rescue (USAR) related issues, aiming to establish minimum international standards for USAR teams and methodology for international coordination and to widely make accept the unified INSARAG Guidelines and methodology. INSARAG operates throughout the world and is organized in three regional groups (Africa-Europe-Middle East Region, Asia-Pacific Region and American Region)

Thanks to the successful INSARAG qualifying practice and the involvement of American colleagues, the special rescue unit of Hungarian Baptist Aid, the HUBA Rescue24 International Fire-fighter and Rescue International Group proved again that it operates according to the applied and accepted UN guidlines during international rescue, and it has a prepared and trained rescue team for international disaster relief. 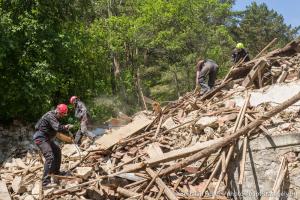 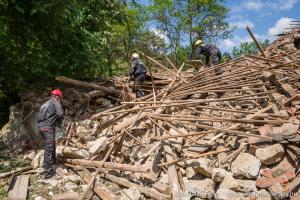 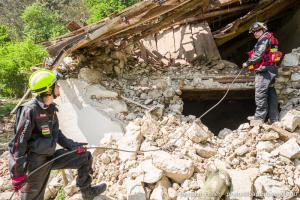 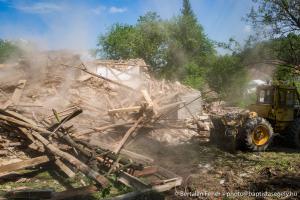 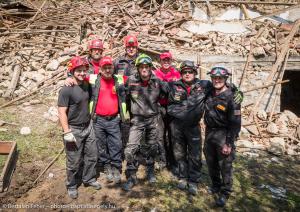 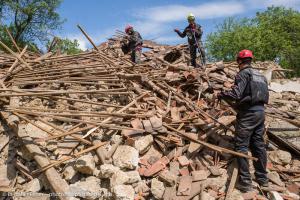 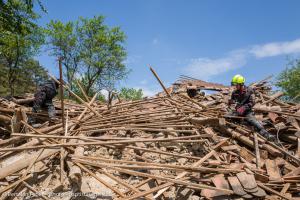 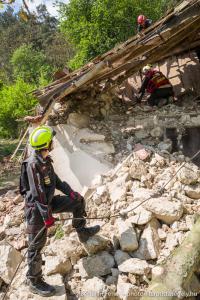 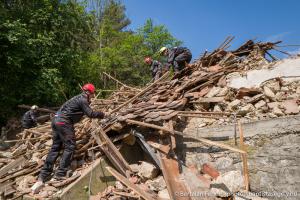 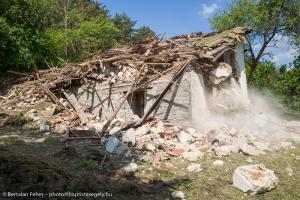 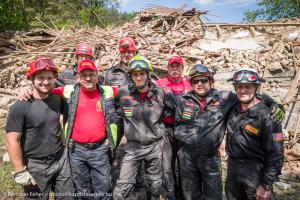